SharePoint is one of the most successful products ever launched by Microsoft. It has been popular amongst enterprises because they take advantage of its rich features. On the other hand it is equally popular amongst people like me, the so called consultants, contractors, and geeks. Everyone has been milking this cow since 2004. I say 2004 because this was the time when SharePoint really started picking up. It have been on the market since 2001 though. Sometimes I think what would I be without SharePoint. I was a PHP programmer before I jumped onto the SharePoint wagon and I must admit there has been no looking back since then.

Full list of SharePoint 2010 features can be seen here.

Other industry experts also conducted surveys and all results pointed more or less to the same facts that SharePoint’s popularity was on the rise. As mentioned above, SharePoint consulting firms, consultants, contractors, everyone took advantage of this gold mine called SharePoint. Specially companies that were Microsoft partners made new clients through out 2011. According to some statistics, 80% of the businesses are expected to be using SharePoint. Wow! 80%!!!! Can you believe it? SharePoint is not only for big companies any more. Small and medium businesses are also taking advantage. I have implemented SharePoint in retail businesses. Small retailers including gas and service stations are taking advantage of SharePoint. Recently, I implemented SharePoint Foundation 2010 at a gas station in Baltimore. Client is very happy working with SharePoint. They use it in conjunction with Microsoft Office that they were already using.

You can judge SharePoint’s popularity from the fact that there is a serious shortage of good resources in the market. Companies are finding it hard to find good resources. SharePoint is so hot that I have seen people advising other people who are jobless to start learning SharePoint. I was recently conducting interviews for a client. We were interviewing SharePoint resources (developers) and I noticed that 60% of the people had never developed a SharePoint application. They sent their resume because they installed it last year on their home PC and they were so confident of finding a job that they sent their resume even though advertised position clearly said “SharePoint Developers with at least 2 years experience”. We needed far more experienced resources but because we knew the market situation, we reduced the experience requirement to 2 years and still found it difficult to find good experienced resources. If you went to dice.com and searched for “SharePoint” keyword, you’d find 3890 jobs even today. Usually job market becomes sluggish in December because of the festive season but SharePoint hiring is continuing despite the cold chilly weather, negative comments everywhere regarding the economy and the holidays in the final days of December.

Good news is that SharePoint cow is still healthy and can feed a lot more people in 2012. Companies need resources. Contractors and consultants need more money. People working with SharePoint were happy in 2011. The way things are at the moment, it is apparent that 2012 will bring more joy on the faces of SharePoint consultants and contractors.

These are my feelings about SharePoint. You are more than welcome to add your experiences and opinions on SharePoint. In fact, it may turn into a healthy debate. I know some people will scream about the annoyances that irritate the developer community but facts are facts. Inspite of those annoyances and shortcomings, we still love SharePoint. To the world, SharePoint is a great product, it’s a software for the enterprises but for me, it’s my livelihood. I live and breathe SharePoint.

برنامج MaryFi بلغات العالم MaryFi In All Languages Maryfi is a free and easy to use software router for Windows 7 computers. […] 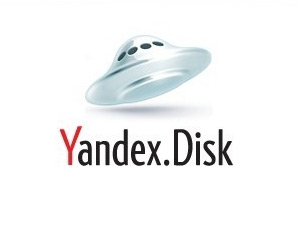