The Samsung blockbuster Android smartphone remains an uncontested best-seller worldwide – with one being sold every second at this point in time.

In this comparison review, Android Authority gives you a quick view of some of the neat major features–and weak points–of both the iPhone 4S and the global variant of the Samsung Galaxy S2.

Which of these two phones is the David and which one is the Goliath? Read on to find out.

Though physically bigger than the iPhone 4S, the Samsung Galaxy S2 is amazingly thinner and lighter. Considering the powerful innards of the Galaxy S2, you’d expect the handset to be somewhat heavier and bulkier–but nothing could be farther from the truth. This Android smartphone is as powerful as it is thin and light.

Because it is light, it is a pleasure and a convenience to hold in one’s hand.

In contrast with the earlier Samsung Galaxy S, the Samsung Galaxy S2 has a textured rear cover, which makes the phone easy to hold and protects it from scratches on rough surfaces.

Its loudspeakers are found inside the curvy bump on the back, with the camera protruding slightly from the rest of the body.

It has a sleek front surface–disrupted only by the physical Home button and earpiece–which is surrounded mostly by a plastic frame.

The Samsung Galaxy S2 did away with most hardware buttons (except the Home button) to provide a cleaner, clearer, and unobstructed view on the phone’s screen

On the other hand, the iPhone 4S looks really identical to its older sibling–the iPhone 4. Apple did not make any significant changes to its latest phone, and only made it a few grams heavier than the iPhone 4.  Nonetheless, it feels good to hold in the hand, as well, just as its predecessor does.

Owing to its smaller screen and high resolution, the iPhone 4S effectively has higher pixel density than the Samsung Galaxy S2 –and, truly, that would account for the  sharpness and crispness of displayed graphics.

Yet, despite its lower resolution display, the Samsung Galaxy S2’s Super AMOLED Plus display brings a wide range of colors, detailed edges, outstanding contrast, and improved outdoor visibility with a lower power consumption than any other smartphone screens.

Though its screen doesn’t support high-definition displays, the Super AMOLED Plus screen in the Samsung Galaxy S2 fixes everything up, and even lets you view images and videos clearly and vividly even under broad daylight.

In terms of screen size, the Samsung Galaxy S2 has a wider screen, offering you wider viewing space for videos and Web browsing.

Meanwhile, although sporting a smaller screen size, the iPhone 4S is capable of displaying high-definition images, while the Samsung Galaxy S2 relies on Super AMOLED Plus technology for an amazing display.

To date, almost all Galaxy S2 user reviews would never forget to highlight how impeccable and ultra-responsive the device is. Much of that responsiveness is owed to the handset’s processor.

The Galaxy S2’s 1 GB of RAM also accounts for better overall performance, especially when running memory-intensive apps. The iPhone 4S, on the other hand, only has half of the Galaxy S2’s RAM.

iPhone 4S users cannot remove or replace the device’s battery.  In contrast, most Android handsets, however, allow users to remove the battery–the Galaxy S2 is no exception.

For storage, the iPhone 4S will have 16 GB, 32 GB, and 64 GB models–the storage space is built into the device. In contrast, the Galaxy S2 has 16 gigabytes of inbuilt storage and a microSDHC expansion card slot for up to 32 gigabytes more storage.

The Samsung Galaxy S2 is reported to support Near Field Communication (NFC). This NFC chip allows you to use your phone for short-range, wireless transactions. The phone can be used for credit card payments and redeeming gift cards and coupons–without needing to present the actual cards themselves. The iPhone 4S, on the other hand, doesn’t have these cool chips embedded in its system.

The Samsung Galaxy S2 vows for faster 4G connectivity, compared to an exclusively 3G-only option on the iPhone 4S.

Have you ever heard of a phone that is capable of following voice-recognition commands? The iPhone 4S comes with pre-installed voice-recognition software called Siri, which can activate common phone functions via voice commands. You can send text messages, check the weather, set reminders, and a lot of stuff without even touching your iPhone 4S.

In comparison, Samsung’s Say N Go app allows you to control the phone also with your voice. You can execute functions such as playing music/video, sending/reading messages, taking notes, and opening applications with the ease of a voice command.

While the iPhone 4S only has the Apple App Store as its main source of downloadable apps, the Samsung Galaxy S2 has multiple sources: Samsung Media Hub, Android Market, Amazon Appstore for Android, and other third-party app stores.

There are many great free apps for both handsets, although most apps for the iPhone 4S require payment.

Both phones are almost on par when it comes to battery rating, but the point still goes to the Samsung Galaxy S2. Samsung was able to fit a slimmer battery with large capacity into a slimmer chassis.

In terms of published battery longevity, both phones have nearly the same length of continuous talk time on a 3G connection. The Samsung Galaxy S2, though, lasts longer by a half hour.

Apple has been known to produce the best camera technology on their smartphones. If you want to use your phone as a pocket-sized camera, then the iPhone 4S will be a great phone for you. Although both phones produce photos and videos of the same resolution, the Samsung Galaxy S2 is rather slow at snapping pictures.

Both phones don’t have any dedicated buttons for their cameras, and you have either to tap on the screen or press the Volume Up button on the side to take pictures.

The Galaxy S2, however, provides better picture quality for video calls. Its 2-megapixel secondary camera takes care of that. The iPhone 4S only supports VGA resolution for video calls.

In terms of Flash support, the Samsung Galaxy S2 has inbuilt Flash support, making it a better choice for Flash animation on the Web. The iPhone 4S doesn’t have this multimedia capability.

An amazing point to consider in favor of the Samsung Galaxy S2 is its amazing 1,650-mAh battery, packed inside its very thin, 8.5-mm chassis, together with its slot for expanded memory, flexible connectivity, and Flash support–which Apple failed to implement on iPhone 4S.

The Samsung Galaxy S2 also has a wider screen, which lets you enjoy easy scrolling and wider viewing screen for videos, images, or Web pages. Display-wise, however, the iPhone 4S’s higher pixel density will provide a sharper display, making it a wonderful phone for those who want crisper images. Yet, the Galaxy S2’s Super AMOLED Plus screen is not to be dismissed that easily either, as its rich and vibrant colors can be easily viewed even under bright light.

Both phones vary in certain respects–each with its own set of strengths and weaknesses. Phone manufacturers like Samsung and Apple are trying their best to produce the perfect phone. However, perfection doesn’t exist in this world, except, perhaps, in the minds of consumers who each has her or his notion of what a perfect smartphone should be like. 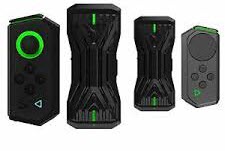